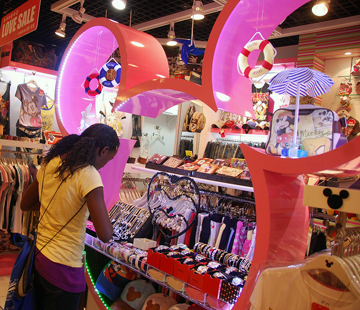 Next week, routine and structure will descend upon households with members who attend school.

Some parents may agree with a certain office-supply mega-retailer that this is the most wonderful time of the year. Applying the Christmas tune to the back-to-school season is appropriate. The National Retail Federation ranks Back to School next to Christmas for foot traffic and sales. A federation survey indicates U.S. families plan to spend $68 billion ($Cdn 89 billion) on binders, paper, clothing, school-related electronics, and college-dorm furnishings this year, compared to $600 billion ($Cdn 786 billion) spent last November–December.

Corporations have looked into the enchanted Disney mirror on the wall and asked, “…Who is the likeliest to line our stockbrokers’ pocketbooks?” The mirror showed them the little ones. The key to opening parents’ wallets lies, to large extent, through their children.

Boardroom decision-makers also recognize that the earlier kids are exposed to a brand—be it CocoPuffs or the Avengers—the more likely they’ll buy it or beg for it later. Marketing to children creates Pester Power—a powerful force at any time of year, but particularly during the fraught weeks preceding the September school season. Nearly 60 percent of parents surveyed by the National Retail Federation said their kids influence at least half the back-to-school purchases made. That influence translates into $45 billion ($Cdn 59 billion).

To figure out what makes kids tick and how to harness that to support the bottom line, advertisers recruit experts such as anthropologists, child psychologists, and even children to analyse kids’ behaviour, imaginations, artwork, and dreams.

Research shows that six-month-olds can form mental images of corporate logos and mascots, and two-year-olds become loyal to brands.

Other studies indicate that kids younger than 4–5 years do not consistently distinguish advertising from non-commercial content, and kids younger than 7–8 years are not yet able to tell that ads are tools of persuasion.

While older kids’ brains have developed enough to recognise advertising as an attempt to persuade viewers that life is incomplete without the product in question, older kids remain vulnerable to peer opinion. Marketers capitalize on that. They infiltrate young people’s online social networks. They recruit influencers within target peer communities to create personal content—love those selfies!—and buzz about products and, in effect, do much of the marketing grunt work.

In 2004, the American Psychological Association estimated that advertisers spent more than $12 billion to reach the youth market. They calculated that children viewed more than 40,000 commercials in a year. Five years later, industry spending on advertising to children in the U.S. rose to over $17 billion.

Fast-forward to super-digitized, hyper-connected 2015, when children practically shoot out of the womb Tweeting about the birth experience. The typical city dweller, including children, now encounters as many as 5,000 ads everyday—on bus stops, in traditional and online media, along the Pat Bay Highway, in grocery stores, on stickers on fruit, on lunch boxes, knitted into our socks and stitched into our undies….

However, unlike across the border, restrictions dictate when and how Canadian advertisers can promote their products specifically to children. Canada’s legislative requirements for children’s advertising create a standard against which other countries’ standards are often measured.

The laws and boundaries provide some protection. They don’t, however, prevent online or cable-television advertising from leaking up from the U.S., where standards are lower. They also don’t control online social media marketing or more insidious peer-to-peer marketing.

In the end, the most effective way to minimize advertisers’ effects on your family’s back-to-school purchases is to increase your family’s media literacy. Making your kids aware of the emotional hooks advertisers use, having open family discussions about products’ purported promises of happiness, fulfilment and success, and encouraging critical thinking provide a measure of protection against manipulation.

A version of this editorial appeared in the August 30, 2015, Victoria Times Colonist.