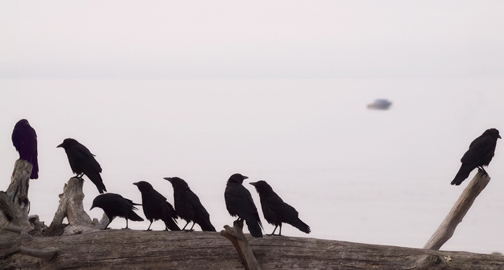 If this were 2000 years ago, the population may have rioted in the streets.

At the very least, Romans leaders would have put off major undertakings until portents improved. Seers would have watched weather and bird life, listening for the whisperings of Olympian gods in the croak of the crow, the whistle of the eagle or the chirp of the sparrow. They would have looked for signs that the gods had recovered from their most recent bouts of indigestion—side effects of indulging in all that nectar and ambrosia—and were once again smiling favourably on Roman endeavours.

But we live in unsuperstitious times. So, when a major religious figure and a couple of kids in Rome released white doves in a gesture of peace last month, and those very birds were roughed up by their mean-streets feathered brethren, people merely pronounced it a bad omen for events in the Ukraine, for the Olympics, for Syria….

The event and its interpretation presented the pointy-headed crowd with opportunity to roll its eyes and say (I paraphrase), “Hey, those doves are white—the result of generations upon generations of inbreeding. Of course wild birds would attack them. “

White, in Nature, is a statement of nonconformity. And Nature, for the most part, encourages conformity. Being a white animal is Nature’s equivalent of wearing a giant ‘Kick Me’ sign….