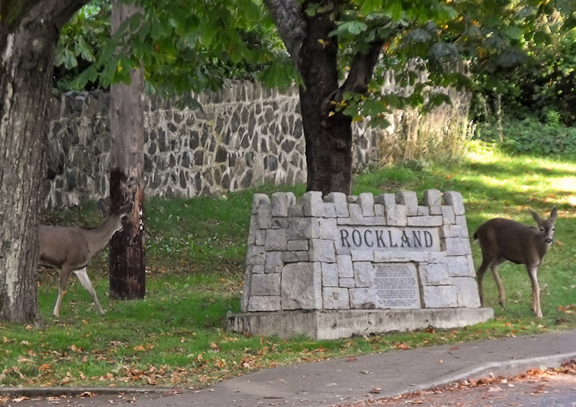 No discussion of one can completely ignore the other.

We’ve heard a great deal about the apparent increase in local deer populations, about aggressive deer, increased damage by deer to crops and gardens, and deer-caused car accidents.

Deer have always lived here. They come to our gardens, farms and parks, lured by tasty pickings. They reproduce. They become habituated to humans.

And they are protected by our intolerance of large carnivores, like cougars, wolves and bears, and by our laws restricting hunting, harassment and transport of wildlife.

We create an island paradise for deer. Then we complain.

But, by encouraging abundant deer, we also invite their predators to move in. If we’re uncomfortable with the current numbers of deer, we’re even more nervous about their predators.

In the 12 years I’ve lived here, I’ve seen a cougar once, but I know they’re around. There are too many green spaces, too many new developments squeezing big-cat territory, and too many deer for the region to be cougar-free.

Cougars prefer to eat deer. When deer are unavailable, the cats will prey on rabbits, rodents, raccoons, dogs, house cats, geese… even insects. British Columbians are more likely to be killed by domestic dogs, stinging insects, deer or moose, or other humans than by cougars, but that doesn’t mean we want cougars anywhere near our children or our pets. Or us. Because very occasionally, cougars do attack humans.

Every time a cougar is reported in the area, focus turns on the cats. If conservation officers and their dogs confirm the sighting, the cat is tracked, usually captured and carted away, sometimes killed.

I suspect most cougars that find their way into urban Victoria are young males trying to establish themselves on edges of territories claimed by older, tougher males. They have to be young to be here, because we removed the older cats long ago.

The curious thing is, when we did that, we paved the way not just for the current increase in deer–human encounters, but also for increased cougar–human encounters. According to researchers at Washington State University, when you kill off older, experienced cougars—the cats that have learned to avoid humans—young, dumb cats move in. The youngsters are just looking to survive their first years away from Mom, and aren’t yet wise to the fact that mixing with humans is Trouble.

Every wildlife issue we’ve experienced in the region—the feral rabbits, the abundant and aggressive deer, the less common cougar and bear incursions, the garbage raccoons and the rats—is really a human-management issue. We did away with the predators. We introduced rabbits and rats. We encourage the raccoons and deer. We live in their territory. We don’t learn.

Wildlife biologists agree that coexistence between carnivores and humans depends primarily on managing human attitudes and behaviours. Among the recommendations included in the Regional Deer Management Strategy for decreasing deer–human conflicts are a number that touch on our own unhelpful behaviours.

These recommendations include enforcing municipal bylaws against feeding wildlife, encouraging use of deer-resistant plants in gardens and landscaping, fencing in food gardens and using repellants wherever possible, and generally discouraging deer from habituating to humans.

The strategy also recommends municipalities adjust bylaws to allow higher, deer-proof fences, examine and implement population-reduction measures appropriate to each area, provide support to farmers, in terms of fencing costs, hazing tactics, and crop protection, and adjust signage, speeds, and road-allowance maintenance on roadways to lower the number of vehicle collisions with deer.

It also suggests region-wide public education will be critical.

As capturing and relocating humans from the region aren’t options, addressing our ongoing contributions to wildlife problems is critical.

When we consider the strategy’s recommendations to the CRD over the coming months, we must consider also the broader wildlife implications. Whatever we do about prey species will affect their predators. And vice versa.

And not necessarily the way we intend.

A version of this article appeared in the Victoria Times Colonist.