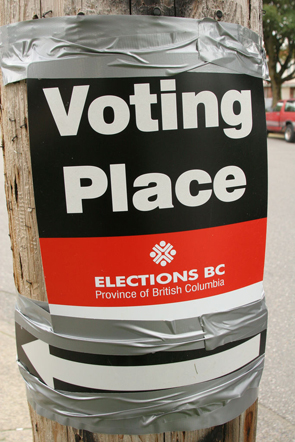 Advance voting in B.C.’s provincial election closes today. Pollsters and pundits are pontificating on what it all means for Tuesday’s general vote. Meanwhile, I ponder how my own biases, tendencies and other psychological traits influence my perceptions of this election campaign.

Elections build community. The electoral process involves and engages (some) citizens. It commits them to common cause and values.

And many election campaigns focus more on building fences around similarities than on building bridges between differences. Parties seeking election strive to distinguish themselves from the pack. They also work to define their communities, so they can efficiently entrench that support and effectively woo voters just beyond — but not too far beyond — the boundaries.

Nonetheless, the process of “building community” via democratic election can be divisive. There’s nothing like an election with one or two emotional issues to emphasize differences.

Our biases and tendencies have been shown to be subconscious and uncontrollable, even when we know they exist and how they manifest, and try to guard against them.

Let’s peek into our psyches to see how some social-psychological factors might influence us at election time.