“The environment, the size of Canada, the weather, the forest structure, larger climate patterns, the fire danger—all that combines to create the variability that we face year to year, location to location,” he says. “That’s why it is so difficult to predict how many resources are going to be needed anywhere and at any one time across the country.”

Borrowing methodologies from the insurance industry, Magnussen has developed a statistical framework that captures the variability and other key characteristics of Canada’s fire regimes on a weekly basis. The framework enabled him and Natural Resources Canada Fire Officer Steve Taylor to estimate how fire events in Canada are distributed in relation to one another across and between 48 regions and throughout a fire season.

“Resource sharing works because we don’t usually get major fires occurring in different regions at the same time,” Magnussen says. “We wanted to see if that pattern is stable enough that we could do estimates of likelihood: What is the probability of one, two, three provinces experiencing peaks in fire activity at one time?” 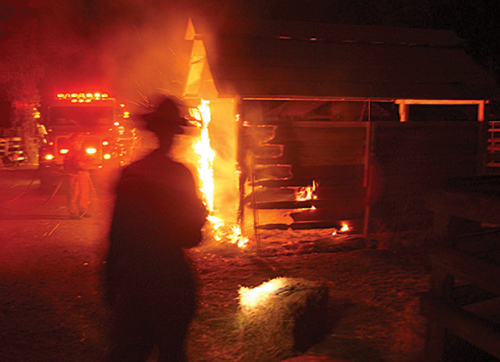 The resulting fire-event distribution revealed that, in recent decades, Ontario’s fire numbers tend to peak in spring, after snowmelt but before the forest greens up. British Columbia’s fire season usually peaks later in the summer—after drought sets in—as happened with the 2003 Kelowna fire.

“This lack of synchrony is essential,” Taylor says. “How many regions aren’t experiencing fire-occurrence peaks when other regions are? And which regions? Not all jurisdictions have the same amount of resources. For resource sharing to work, it’s important to track synchrony and asynchrony with regard to those resource-wealthy regions.”

The study is the first step in a project Taylor is leading to determine possible effects of climate change on future fire-resource sharing. “We needed to assess the current situation: What are the chances of peak overlap occurring between jurisdictions now?” 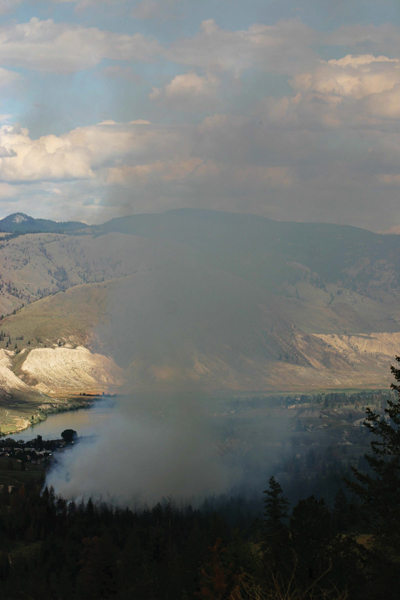 One of the questions Taylor and Magnussen wanted to answer was whether daily, weekly, or biweekly patterns in historical use of fire-fighting resources exist. The amount of data on resource use exists only for the last 25 years, and even that is inconsistent and in some places non-existent.

“Most fire-management agencies don’t track number of firefighters or number of person days,” Taylor says. “They can tell you what was used through a season, but not on a day-by-day basis. Even for a particular fire, it can be hard to find that information.”

With fire patterns and the statistical joint distribution of fire events now mapped and established in time and space, fire managers can use the system created by Magnussen to determine the likelihood of various fireevent scenarios across the country. And when resource-needs information for individual fires becomes available, the system will enable fire managers and researchers to quantify opportunities for and constraints on sharing resources across jurisdictions.