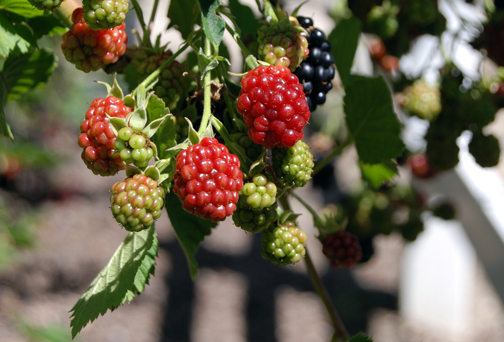 Blackberry picking, like developing Blackberry devices, is a prickly business.

When Nature Boy was growing up on the Mainland—long before e-mail or smartphones came along—his family would venture out to harvest THEIR blackberry patch near Pitt Meadows.

Nature Boy always assumed danger duty. He’d armor himself with rubber boots and his grandfather’s welding helmet and jacket. Then off he’d go with an ice-cream pail, pushing deep into the brambles. Once inside, he’d fill bucket upon bucket with berries no other human dared to reach.

These days, we can find berry lovers harvesting this year’s bounty along many of the region’s trails, roadsides or parks.

Likewise, we’ve recently been hearing of the tumbling fortunes of Blackberry. The Canadian tech giant has been losing market share to Samsung, Nokia even, and that other fruit company.

In August, the company announced it was seeking buyers or alternative investment options. Going private or being bought would allow the company to re-organise its business in peace without outside shareholder scrutiny.

Given the current open season on both kinds of blackberry/Blackberry, I’ve assembled a few pointers on how to approach picking either fruit….

Read the rest of this editorial in the Victoria Times Colonist.…