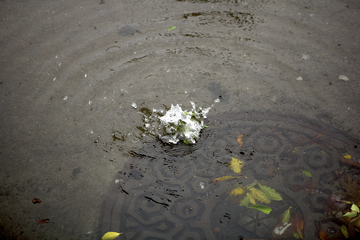 When government officials and industry specialists gather downtown on Tuesday, they’ll be discussing an issue rarely off the public radar for long in this region: water management.

The Partnership for Water Sustainability in British Columbia and the Irrigation Industry Association of British Columbia are hosting the one-day workshop, Convening for Action on Vancouver Island: How Managing Water Now Will Shape the Future.

The forecast calls for rain.

Sure, we enjoyed one of the region’s drier summers. Rivers dropped to worrisome levels. Water restrictions up Island were extended past their usual end dates.

We’ve also experienced the soggy lash of Hurricane Ana’s remnants. And, in September, a storm so sudden and intense hit the region that water gushed out from beneath manhole covers onto Victoria’s streets. In October, the beach at Cadboro Bay was closed to the public yet again, because high-rainfall mixing of stormwater and sewage in Oak Bay’s aging drains system flushed human waste into the bay.

And the City of Victoria officially announced its new stormwater utility.

As mentioned, water and water management are perennial topics for discussion here….