The hottest, driest summer on record for British Columbia ends this week, three weeks after the first substantial rains in months cleared the air. We will, however, be paying for this past summer for years to come.

Wildfires cost the province more than $260 million so far this year, well over the $63 million allotted. Even though B.C. posted a budget surplus this spring, belts across government will tighten to cover the unplanned-for extra expense. We’ll pay for that when we access programs and services.

Wildfires aside, the dry summer will affect our forests for years to come. Recent research shows it takes trees up to four years to recover from extreme drought, and during those years the trees remain vulnerable to other risks. Dry forests are, of course, more likely to burn, but drought-stressed trees within the forests are also more likely to die if they experience wildfire. The trees are also more vulnerable to root disease and insect attack. 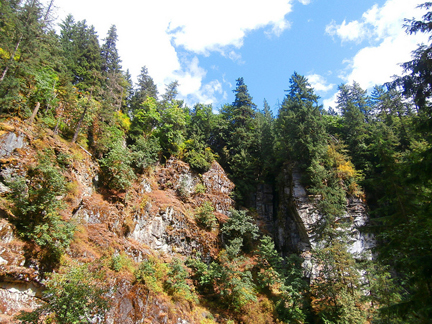 Impacts on trees also affect winter snow pack, spring runoff and flood control, wildlife, tourism, timber harvesting, and so on. Each of those values adds to our collective quality of life and, in convoluted, indirect ways, to our wallets.

The coast’s urban forests fared poorly, too. In communities that curtailed watering of public green spaces and private property through the drought, municipal staff wrapped self-watering bags around the bases of street and park trees and filled them weekly, but still trees perished. Hundreds of young trees in Surrey died.

Urban trees clean the air, provide oxygen, absorb storm water, provide habitat for insect-eating birds, pollinating bees and other wildlife, and improve the health and well-being of nearby residents. Replacing a city tree costs from $350 to $20,000, depending on its size.

In his August 26 letter to the Vancouver Sun, Bill Granger, past president of the Canadian chapter of the International Society of Arboriculture, points to weak and thin bud formation on trees in downtown Vancouver, at the VanDusen Gardens, and elsewhere in the Lower Mainland, boding ill for next year’s growth.

Add that to the drought’s balance sheet.

August’s windstorm brought down many drought-stressed trees and branches. They knocked out power lines and damaged cars, buildings, and seriously injured one person. Each incident carried associated costs. These include costs to remove the fallen trees and branches, and repair power lines and property, as well as costs due to loss of business revenue during the power outages and increased insurance premiums.

Some of these costs are shared among us all.

The summers’ heat and drought also affected our waterways. The province closed many Island rivers to fishing in July, and salmon returns fall far below the predicted numbers on the Fraser, forcing fishing closures there, too. It will take many salmon-generations for this year’s populations to recover. Warm coastal waters also led to bans on the region’s shellfisheries.

When an industry experiences setbacks and loss of revenue, it contributes less in provincial and federal taxes. Everyone else makes up the difference, in one way or another—at the grocery store and at tax time.

Speaking of higher grocery prices, the region’s farms suffered this year. Berry, grain and vegetable crops either failed to thrive or were left dying on the fields for lack of manpower to pick them when they ripened all at once. The lack of rain stunted the hay crop. Farmers will have to ship it in from elsewhere—from eastern Canada, because the prairies also experienced drought this summer—to feed their livestock. We’ll pay for all of this, too.

Some towns, villages and islands that rely on aquifers saw their water supplies run dry this summer. They’ll be paying to truck water in to drink, cook and wash, until—if—the aquifers refill.

No doubt other consequences of the heat and lack of rain will emerge.

Regardless, our wallets will remember this summer for many years, even if we forget.

A version of this editorial appeared in the September 20 issue of the Victoria Times Colonist.