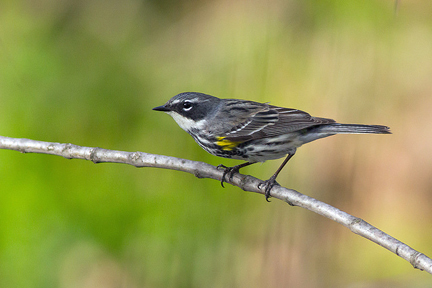 While we await the region’s autumn rains, the rest of the country prepares for winter. After last year’s ordeal, flocks of Snowbirds east of the Rockies are preparing their escape routes.

Some will visit our region. Others will head south.

Our behaviour mirrors a time-honoured tradition begun by our feathered friends eons ago. Scientists recently established that the region’s migrating birds are at heart northern residents that, like their human counterparts, head south to avoid harsh winters.

For years, scientists believed migrating birds first started leaving southern territories to travel northwards across and between continents because of intense competition for space and food in the crowded tropics. After all, most songbirds in the Americas, including those that don’t migrate, live in the South American tropics, and most migratory species have close tropical relatives.

But that theory is now turned upside-down, geographically speaking. After analyzing the family trees and territorial origins ofsparrows, warblers and blackbirds—which together make up the largest group of North American songbirds—scientists found that long-distance migration was twice as likely to arise among bird ancestors from temperate regions than among ancestors from the tropics.

The majority of the species started migrating by moving their winter ranges southwards.