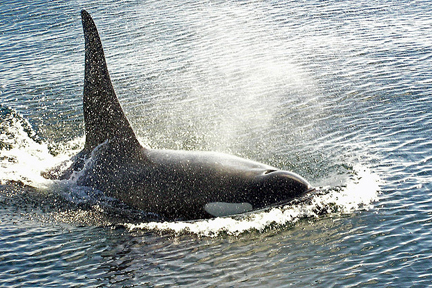 Among groups of people, ignoring somebody is often considered a sign of disrespect. The word disrespect itself means disregard, overlook, to not acknowledge or look at something.

Over the last dozen years, we have seen disrespect for federal legislation. The Species at Risk Act became law in December 2002, but for most of its existence it has been disregarded by the very government responsible for enacting the law.

No wonder citizen groups are striking out independently. For example, the Raincoast Conservation Foundation, the Dogwood Initiative, Northwest Wildlife Preservation Society and South Vancouver Island Anglers Association recently announced they would start taking their own action to save the region’s orcas.

The feds declared southern resident orcas endangered 12 years ago. The Species at Risk Act requires the government to develop recovery strategies and action plans for the species within a set period. However, the required federal action plan to protect orcas remains incomplete….