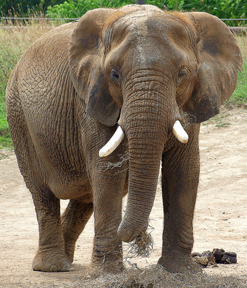 The killing of Cecil the Lion by big-game hunters in June outraged the world.

Thirteen-year-old Cecil lived in Hwanga National Park, Zimbabwe, where he was a major attraction for wildlife tourists. He may have been lured out of the park prior to being killed.

Yet this is one animal, albeit a charismatic, celebrity critter. Thousands of wildlife crimes occur every year. The World Wildlife Fund estimates, for example, that customs officials intercept ivory from only about 11 per cent of the 50,000 African elephants poached every year.

The province charged NHL player Clayton Stoner for hunting and killing a grizzly bear out of season and without a proper licence on the coast in 2012. Stoner claimed to be a B.C. resident when he obtained his license, at a time when he was working fulltime in Minnesota. His case is playing out in the courts. 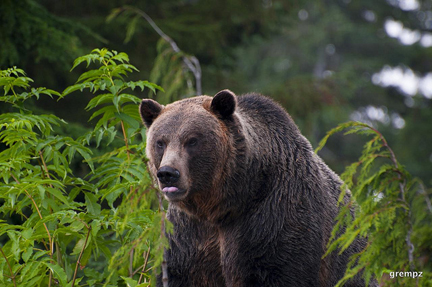 In March, the U.S. Department of Justice sentenced a Richmond, B.C., antiques dealer to 2.5 years in prison for attempting to smuggle rhinoceros horn, elephant ivory and coral into Canada.

Xiao Ju Guan, or Tony Guan, bought two black rhino horns from undercover officers and shipped them to Point Roberts, where they were to be picked up and brought into Canada. He labelled the shipment “handicrafts.”

Canadian police also seized wildlife objects from Guan’s Richmond premises. These included two partial ivory tusks, one entire tusk, and an ivory bracelet, as well as items made of coral. All had been purchased in the U.S., then smuggled into Canada without declarations or permits.

In 2013 and 2014, Environment Canada officials in Vancouver and Toronto intercepted shipping containers that a Toronto Chinese herbal-supply business had imported from Hong Kong. Although the shipment invoices didn’t list turtle parts, the containers contained almost 1,000 turtle-shell underbellies, almost 2,500 turtle shells and 275 bags of turtle fragments hidden among 1,657 boxes. The parts belonged to five species of turtles and three species of tortoise protected under international law.

Black bears are not considered threatened species. They can legally be hunted in B.C. for meat and hide, if the hunt follows regulations. However, possessing bear gall bladders, genitals and paws separated from the carcass or hide is illegal. Bear gall bladders can be lucrative on the black market.

The discovery near Sechelt of a black bear carcass without paws or gall bladder confirms an ongoing black market for bear bits. Another mutilated bear carcass was found, without paws, near Pitt Meadows last fall.

In December, somebody sawed teeth out of the jaws of an orca carcass held on a Vancouver Island boat launch for examination. Possessing part of an endangered or threatened animal, including orcas, is illegal. It is also illegal to import or export parts of such animals.

As well, two B.C. hunters recently pleaded guilty and been fined for poaching Dall sheep in the Yukon and claiming the kills had occurred in B.C., where they were licensed to hunt sheep. Forensic investigations linked the trophies to sites in the Yukon where the animals had been killed, 12 years ago. Another hunter has appeared in court for a similar offence that occurred in 1999.

It’s reassuring to know that charges have been laid and penalties have resulted in many of these incidents. It is important to remember, however, that these cases likely represent only a fraction of the infractions that occur in B.C.

Cases like the shooting of Cecil the Lion outrage us, yet we remain unaware of the many illegal crimes committed every year against wildlife even here at home.

Of course, we apply the same standards to humans. We fixate on the illnesses and tribulations of celebrities like Angelina Jolie, Hugh Jackman, and Tom Hanks, while mostly tuning out the plight of hundreds of thousands of families facing horrendous conditions in the world’s troubled spots.

So, the lesson in this must be that, whether human or animal, if you want the world to pay attention and help you, you’d better be famous first.

A version of this editorial appeared in the October 25, 2015, Victoria Times Colonist.